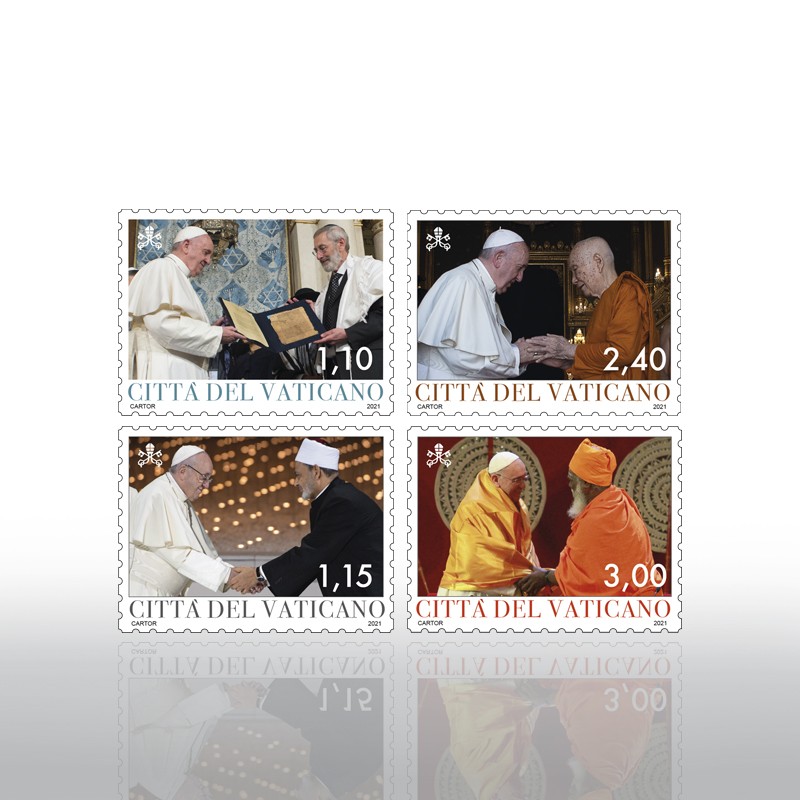 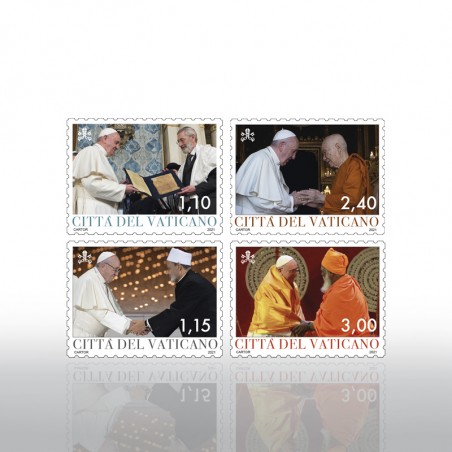 The philatelic series dedicated to the ninth year of Pope Francis’ pontificate refers to chapter eight of the encyclical Fratelli tutti, where Pope Francis explains the contribution that different religions can offer to building a more fraternal world. The stamps making up the philatelic series, corresponding to the four rates for priority mail, portray Pope Francis alongside the representatives of the Jewish, Muslim, Buddhist and Hindu religions: in the value of € 1.10 with the Chief Rabbi of Rome, Rav Riccardo Shemuel Di Segni, during his visit to the Synagogue of Rome (17-01-2016); in the value of € 1.15 with the Grand Imam of Al-Azhar, Aḥmad al-Ṭayyib, on the occasion of the apostolic journey to the United Arab Emirates (04-02-2019); with the Supreme Buddhist Patriarch, Somdet Phra Ariyavongsagatanana IX, on the occasion of the apostolic journey to Thailand in the value of € 2,40 (21-11-2019); ); finally in the value of € 3,00 with the Hindu leader Ndu-Kurukkal SivaSri T. Mahadeva during the journey to Sri Lanka (13-01-2015).