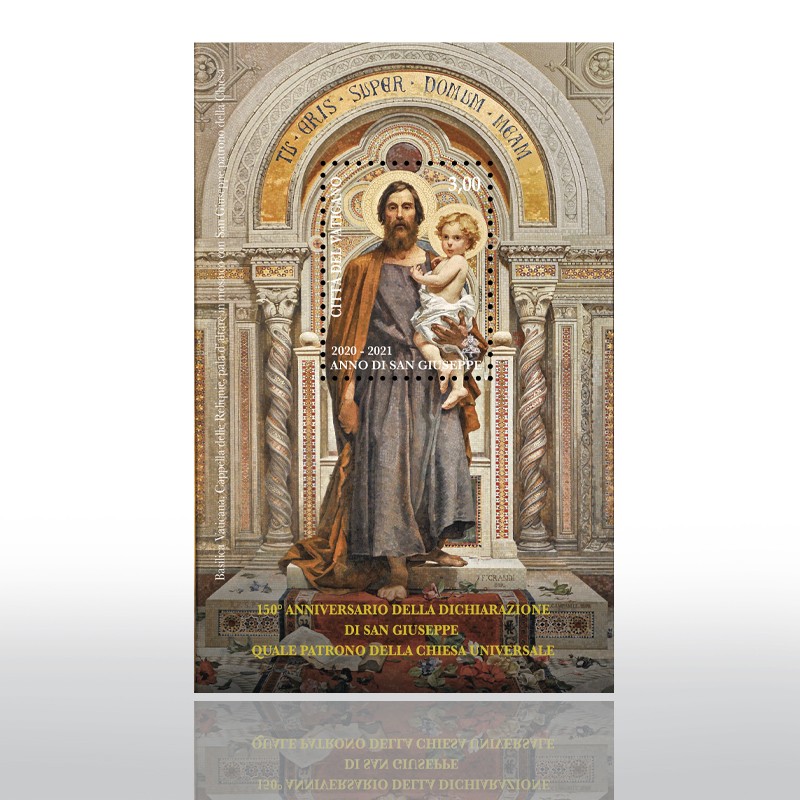 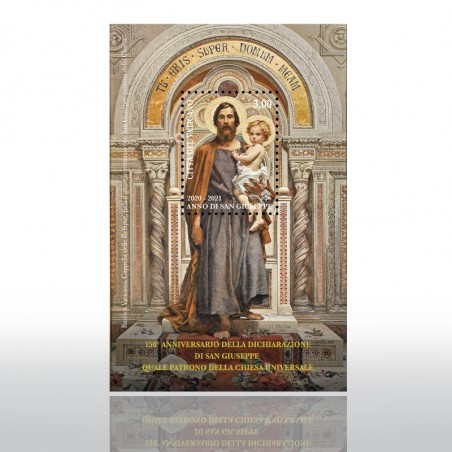 On 8 December 2020 Pope Francis announced the Year of Saint Joseph, which will conclude on 8 December 2021. With this particular jubilee, the Holy Father wishes to celebrate the 150th anniversary of the proclamation of St. Joseph as Patron of the universal Church and “to increase our love for this great saint, to encourage us to implore his intercession and to imitate his virtues and his zeal.” (Apostolic Letter Patris Corde) The Philatelic Office also wishes to contribute in its own small way to the realization of these goals with a philatelic souvenir sheet that reproduces the mosaic of Saint Joseph, Patron of the Church, found in the Relics Chapel of St. Peter’s Basilica. The mosaic displays the date of 1892, created by mosaic master F.L. Campanili, based on a design by painter F. Grandi.