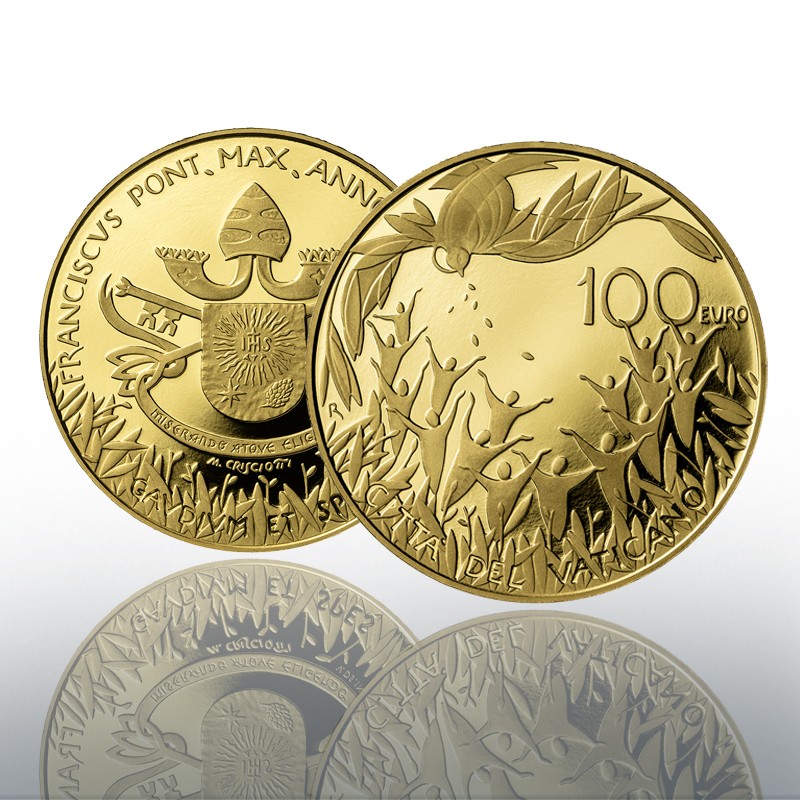 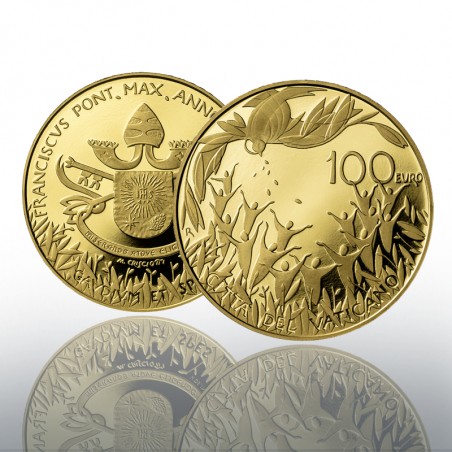 Gaudium et Spes is the fourth and final Apostolic Constitution of the Second Vatican Council celebrated with a 100 euro gold coin by Vatican City. In drafting this Constitution, the Council Fathers drew the Church’s attention to the need for opening a fruitful dialogue between the Church and the modern world. In the preface we read: “For theirs is a community composed of men. United in Christ, they are led by the Holy Spirit in their journey to the Kingdom of their Father and they have welcomed the news of salvation which is meant for every man”. Artist Mariangela Crisciotti has given voice admirably to the words of Gaudium et Spes by creating an image full of meaning: a dove, with wings similar to an olive branch, scatters the seeds of hope and peace over a multitude of people with arms raised.