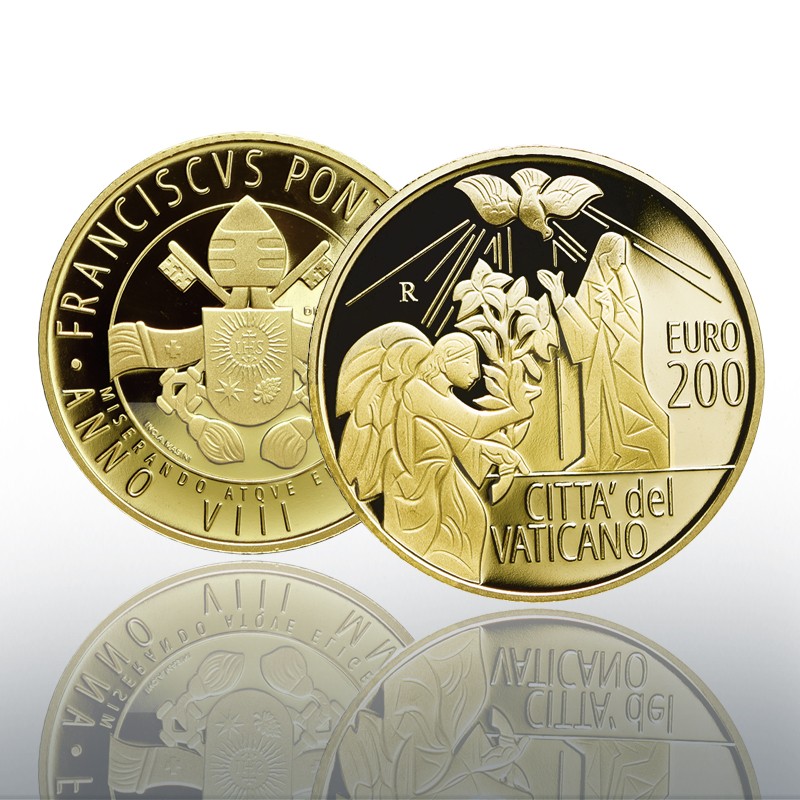 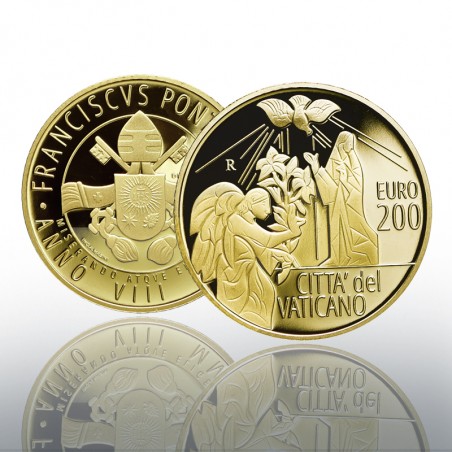 For the annual numismatic series entitled “The Archangels”, this year the focus is on the archangel Gabriel. According to Christian tradition, Gabriel is remembered above all for his role as a messenger: he is therefore considered the patron saint of those who work in communications, postal carriers, ambassadors, newsagents and couriers. Gabriel revealed to Zechariah the future birth of John the Baptist (Lk 1:11-20), but he is universally known, iconographically, for being the bearer of the announcement to the Virgin Mary of her miraculous conception and the birth of Jesus (Lk 1:26-38). There was no demand or obligation, just a message, and this is the image depicted by artist Gabriele Di Maulo for the 200 euro gold coin issued by the Vatican City State Mint. The encounter between the radiant, celestial, spiritual, perfect angel, with a lily in his hands and a simple and humble girl who will become, accepting the mystery and the responsibility of her mission, the most perfect of women, has something truly miraculous about it: the message communicating that God has chosen her as the mother for His only Son.