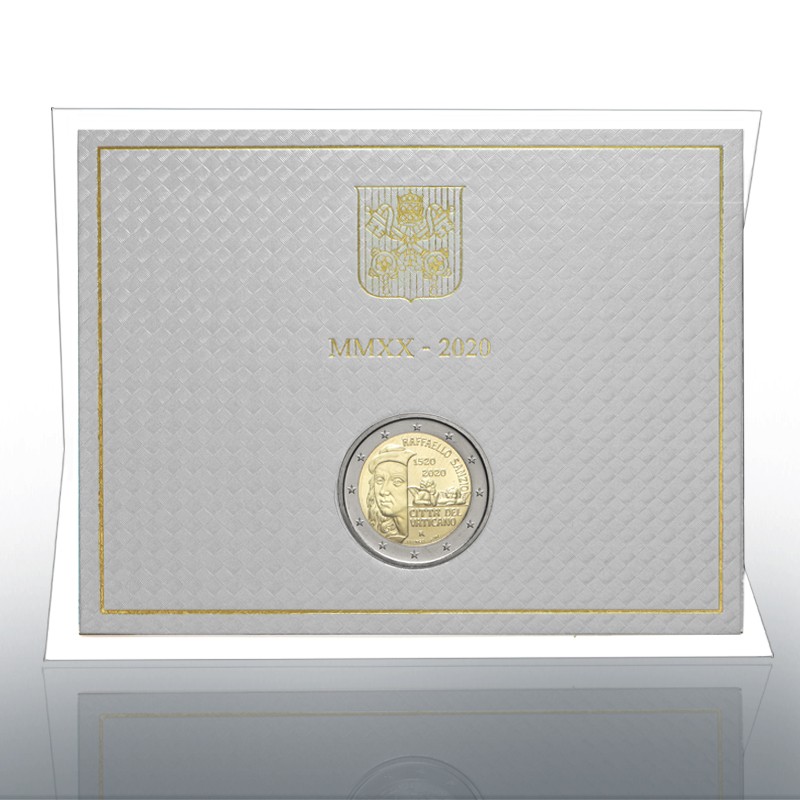 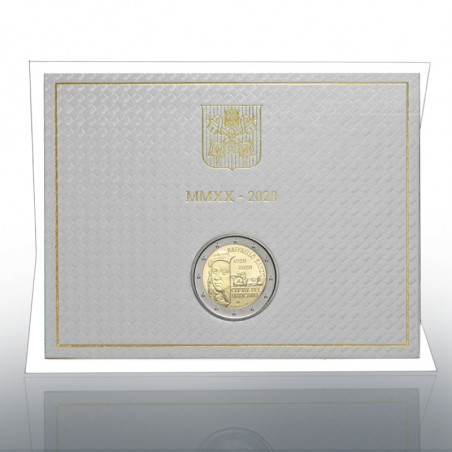 V Centenary of the Death of Raffaello Sanzio

It is beauty, like truth, which brings joy to the heart of man and is that precious fruit which resists the wear and tear of time, which unites generations and makes them share things in admiration. (Pope Paul VI). Even today, the world in which we live, like that of 500 years ago, in which Raffaello Sanzio known as the Prince of Painters lived and worked, “needs beauty in order not to sink into despair.” In order to celebrate the genius from Urbino on the 500th anniversary of his death, Daniela Longo has designed for the Vatican City State Mint a two euro coin that reproduces and interprets the nostalgia for beauty seen in Raphael’s eyes in the self-portrait present in the fresco of the School of Athens and in the expressions of the two unforgettable little angels that he depicted and placed at the base of the Sistine Madonna, a surprisingly natural element in this astounding work. “Make room for the great Raphael”. These were the words with which Frederick Augustus III welcomed the Sistine Madonna in Dresden in 1757 and where it is still kept today at the Gemälderie Alte Maister, which is still considered one of the most beautiful works ever made by the brilliant Italian Renaissance painter. The coin will be available in the double uncirculated and proof version.