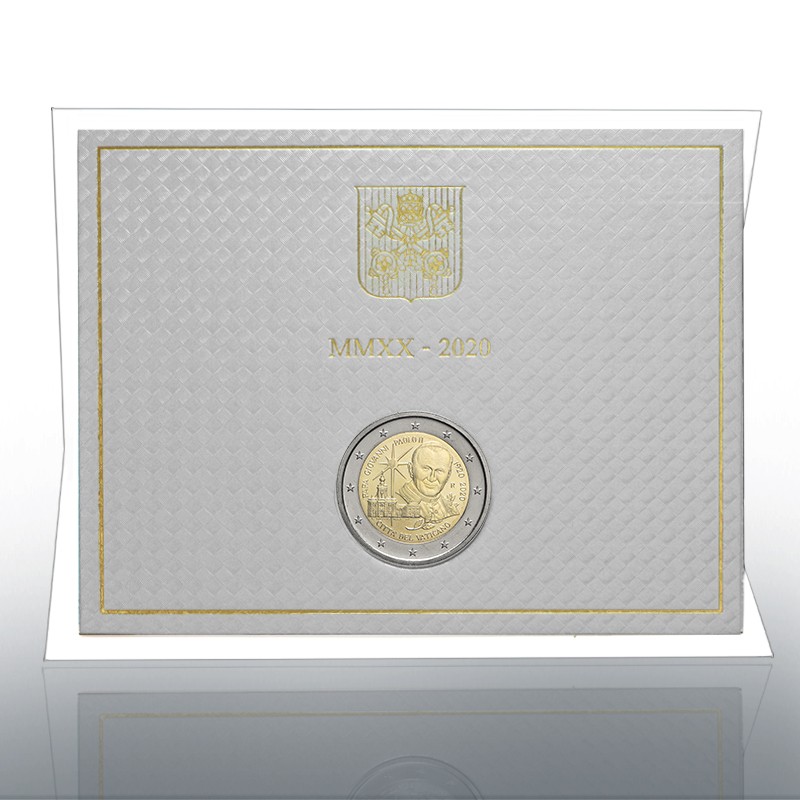 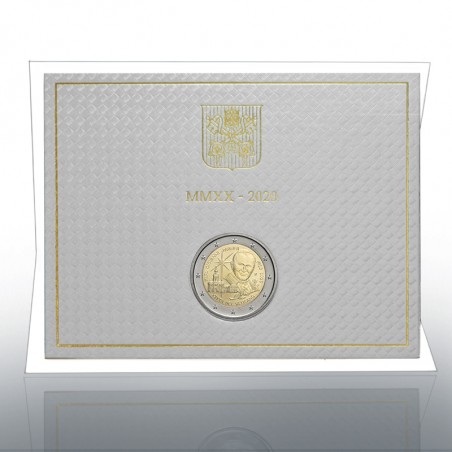 Centenary of the birth of Saint John Paul II

Karol Wojtyla was born on 18 May 1920 in Wadowice, Poland. Elected pope on 16 October 1978, he governed the Catholic Church until his death on 2 April 2005. John Paul II was beatified by Pope Benedict XVI on 1 May 2011 and canonized by Pope Francis on 27 April 2014. The coin, designed by Gabriella Titotto, features a strong portrait of Saint John Paul II, with the Cathedral of Wadowice (the Minor Basilica of the Presentation of the Blessed Virgin Mary) where he was baptized and on the right the house where he was born. The architectural complex is crowned by an eight-pointed star, a symbol of the Virgin Mary, to whom John Paul II was very devoted and dedicated his pontificate. The same star is also the sun, partially covered by an eclipse: both on the day of birth, in fact, and on that of the funeral, a solar eclipse occurred, a truly extraordinary astronomical coincidence. In Christian symbolism the sun is the supreme allegory of Christ, a physical representation of the concept of divinity and truth. The laurel branch is in reference to the glory of the Saints and to victory. In early Christian art the laurel wreath surrounded the “Chrismon”, the Greek monogram for Christ.