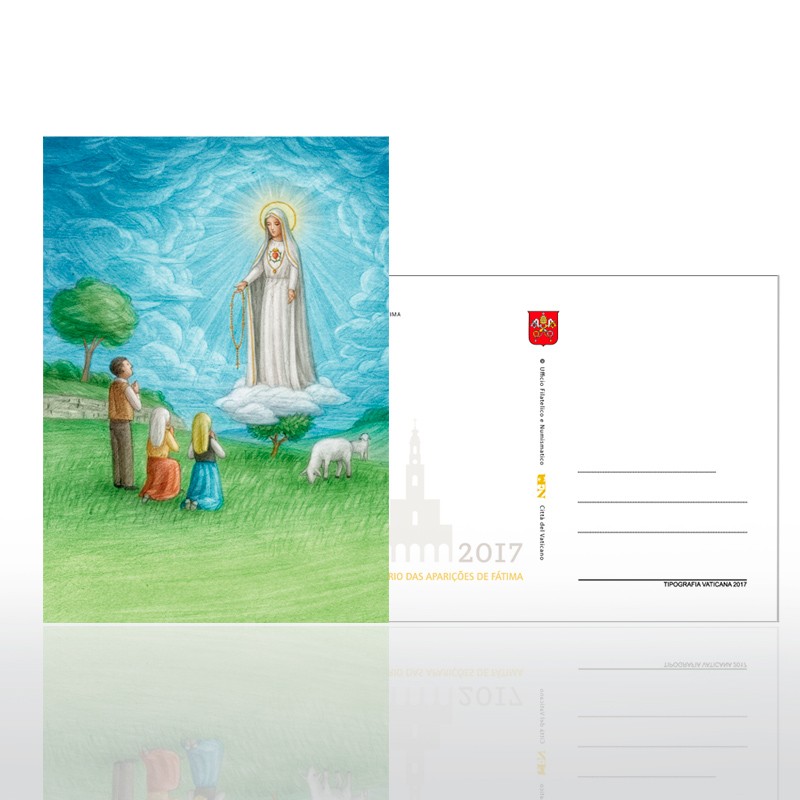 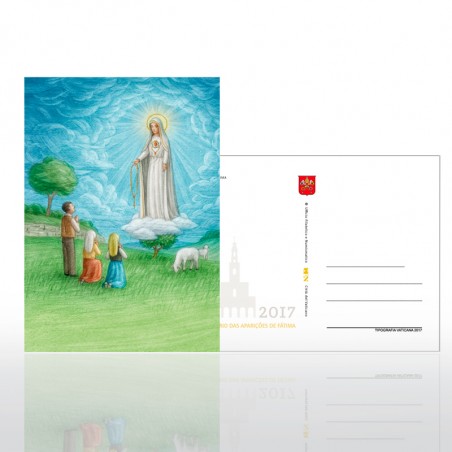 The Philatelic and Numismatic Office of the Vatican celebrates the centenary of the Marian apparitions near Aljustrel, a community close to the small town of Fatima in Portugal, as witnessed by three young shepherds: 10 year old Lucia dos Santos and her cousins Francesco and Giacinta Marto, 9 and 7 years old respectively. One day while they were playing in the field of Cova da Iria where they would bring their sheep to graze, there appeared "a beautiful Lady radiating bright light" who introduced herself as Our Lady of the Rosary. The Blessed Virgin shared with them her deep sorrow over the sins committed by mankind against her divine Son. At the same time, she gave them messages of hope and salvation for sinful humanity, exhorting them to pray and do penance, and asking them to be consecrated to her Immaculate Heart. After the first apparition, the lady called on the three children to come back to the same place on the 13th day of the following month, and also for five more encounters, from 13 May to 13 October, when she revealed a series of historical events that would take place in the following years. In 1930 the Catholic Church recognized the supernatural nature of the apparitions, authorizing devotion and the construction of a shrine in Fatima, which Pope Francis will visit from 12 to 13 May 2017. The postage stamp designed by Stefano Morri depicts the appearance of the Blessed Virgin, clothed in white, radiating light, wearing a veil with a gold border covering her head and shoulders, just as described by young Lucia. In front of her are the three shepherds in a moment of prayer and devotion with a background of the countryside, which frames with tenderness the extraordinary nature of the events.