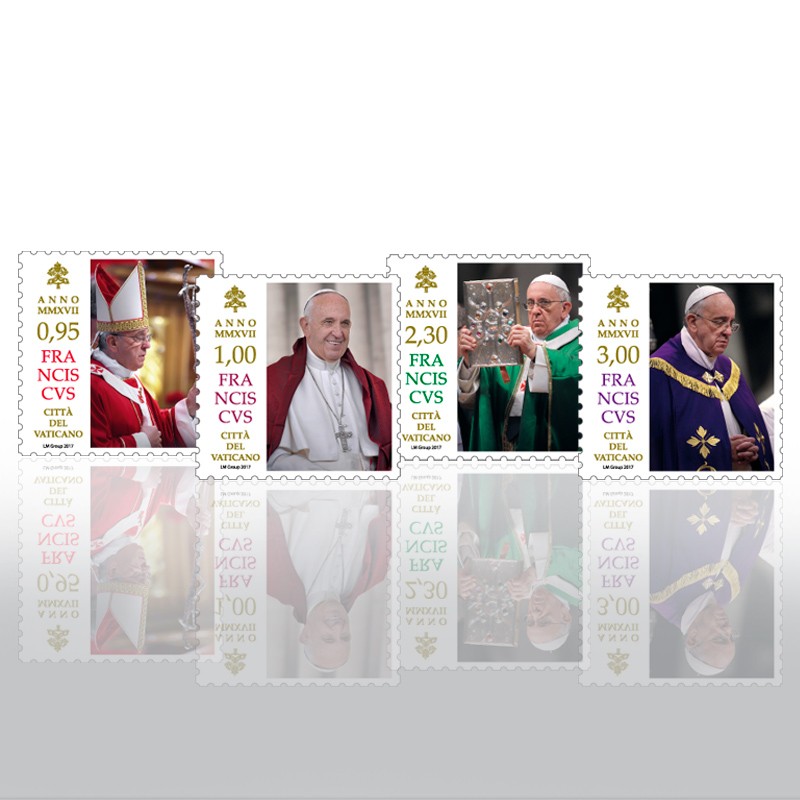 The Philatelic and Numismatic Office celebrates the pontificate of Pope Francis with the issue of a postage stamp series and a miniature sheet with four values featuring important moments during the pontificate over the year just passed. The 95 euro-cent value shows Pope Francis when he celebrated Palm Sunday on 9 April 2017. The 1.00 euro stamp shows Pope Francis holding his pastoral staff during the Consistory of 28 June 2017, the day he created five new Cardinals. The image chosen by the Philatelic Office for the 2.30 euro stamp shows a smiling Pope Francis on the day he made a pastoral visit to the Parish of Saint María Josefa of the Heart of Jesus in Castelverde (Rome). The last stamp in the series serves as a testimony to the Feast of the Presentation of the Lord in the Temple marked on 2 February 2017.