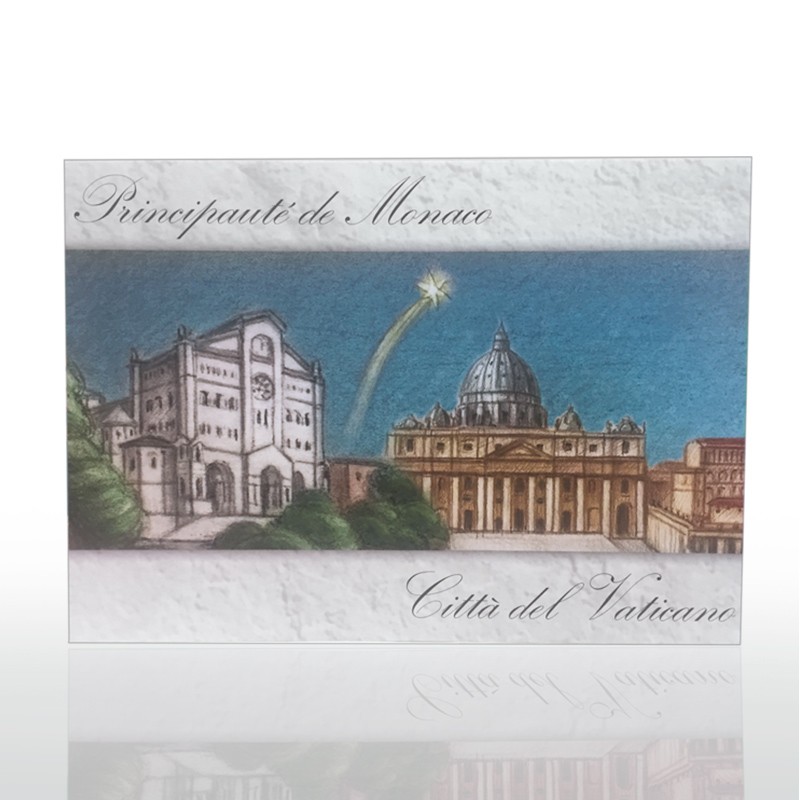 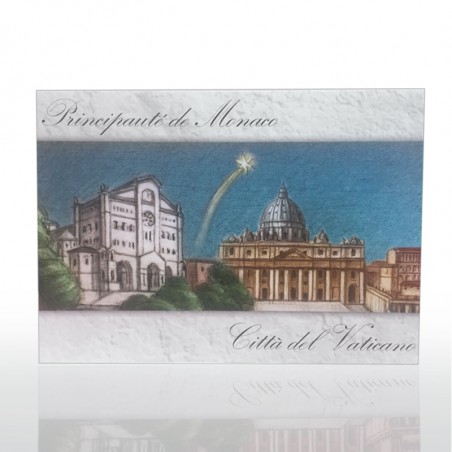 Christmas 2017 will be celebrated with a joint issue of a postage stamp series in conjunction with the Principality of Monaco, featuring artwork by Stefano Morri. The series consists of two stamps, € 0.95 and € 1.00. The first stamp represents the Annunciation of Our Lady, and in the background, St. Peter’s Basilica at the Vatican and the Cathedral of the Immaculate Conception, built in Byzantine-Romanesque style in 1875, of the Principality of Monaco. The second stamp shows the Virgin and Child in the foreground dominating the scene framed on the bottom with the Palace of the Governatorato in Vatican City and the official residence of the ruling Prince of Monaco. Also as part of the joint issue with Monaco is a folder containing the postage stamp series of the two postal administrations and an envelope for the first day common issue. The Vatican will also issue a postage booklet with four € 0.95 stamps and four envelope seals, available only with the booklet, based on an original design by the artist depicting the adoration of the shepherds.