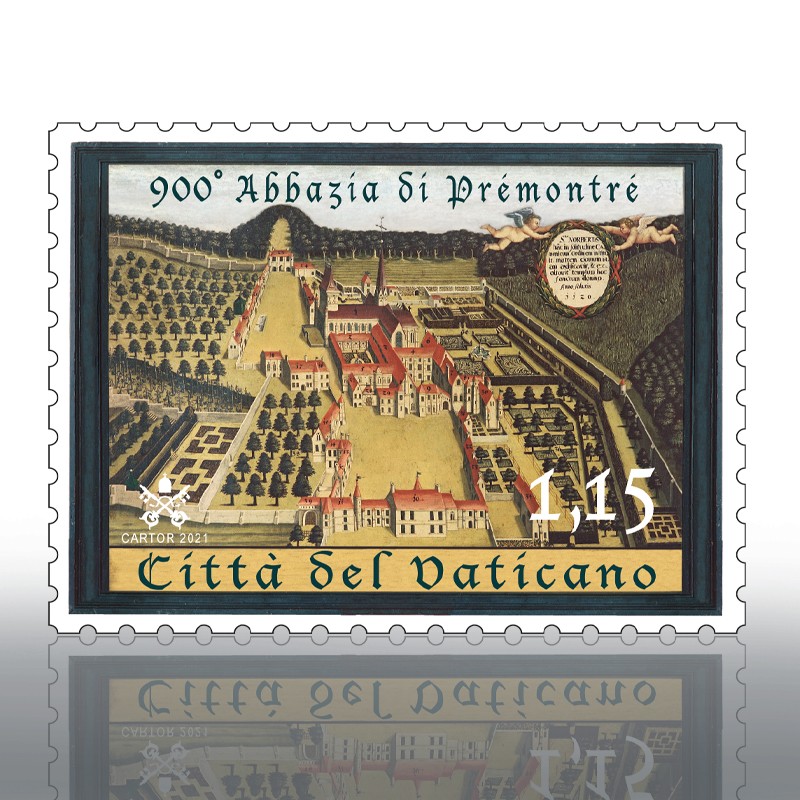 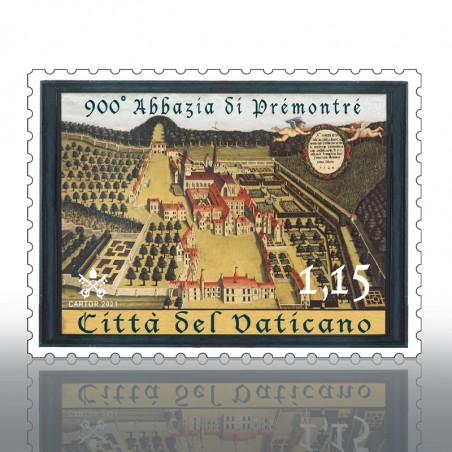 Christmas Eve 1121 marked the founding of Prémontré Abbey with the solemn profession of Saint Norbert and his 40 companions. Wanting to find a place where Norbert could carry out his project of reform, the Bishop of Laon, Barthélemy de Jur, led the Saint-founder to the southern part of the diocese where there was a small church dedicated to St. John the Baptist. After spending a night in prayer, Norbert told the bishop: “My Lord and father, I want to stay here. I have identified the place that the Lord has destined for me. Here will be my abode and my rest”. This was the origin of the Order of Canons Regular of Prémontré, whose rule was approved by Pope Honorius II in 1126. The Vatican postage stamp commemorating the anniversary reproduces an anonymous painting from 1656 found at the Premonstratensian Abbey of Wilten (Innsbruck, Austria), which in turn was inspired by an engraving by Louis Barbaran, canon of Saint-Martin de Laon († 1690). It presents an overview of the Abbey of Prémontré, showing the medieval layout of the abbey complex, which was later transformed into an elegant Baroque style in the 18th century.