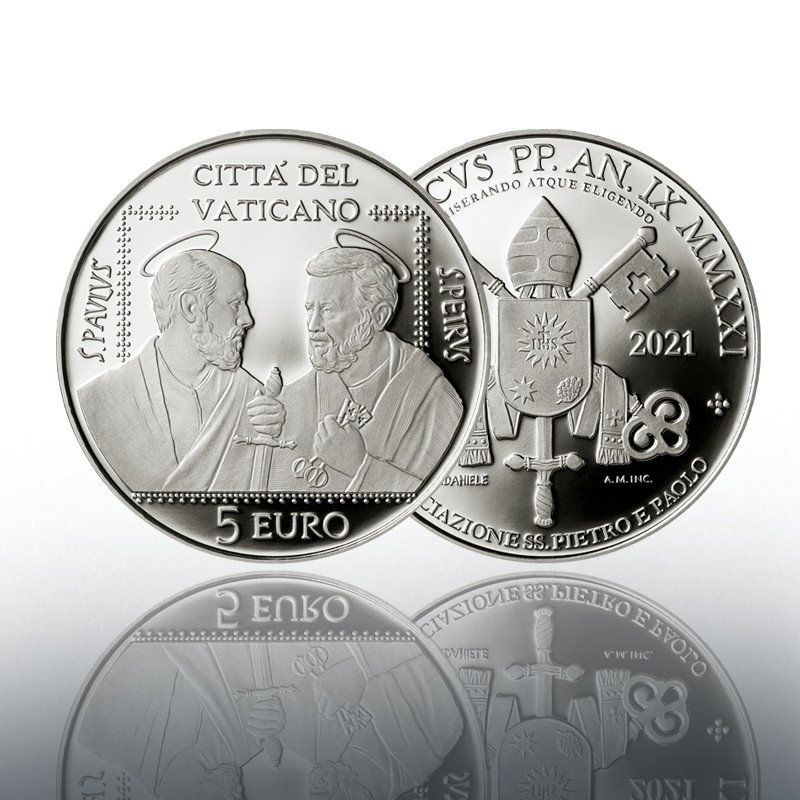 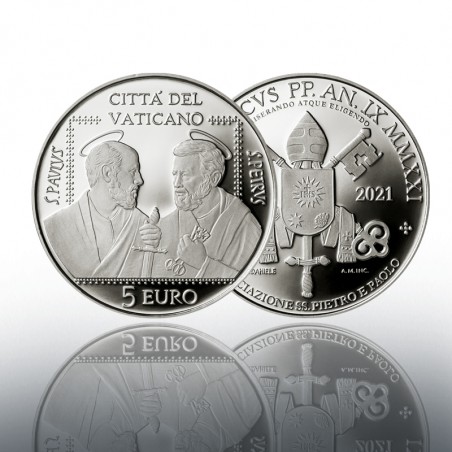 50th Anniversary of the Association of St. Peter and St. Paul

This year marks the 50th anniversary of the Saints Peter and Paul Association established in 1971 by Saint Paul VI as a way to continue the legacy of ideals of the Palatine Guard of Honor of His Holiness. Members serving are Catholics of Rome who wish to “bear special witness to Christian life, the apostolate and fidelity to the Apostolic See” (as stated in article 1 of the Statutes of New Sodality) through cultural activities, works of Christian charity and service offered mainly in Saint Peter’s Basilica in the Vatican. The five euro silver coin celebrating the anniversary, created by artist Patrizio Daniele, depicts Saints Peter and Paul. Saint Paul holds a sword in his left hand: “the sword of the Spirit, which is the word of God” (Ephesians 6:17); Saint Peter holds in his left hand two keys that in Christian symbolism represent the keys to the Kingdom of Heaven.