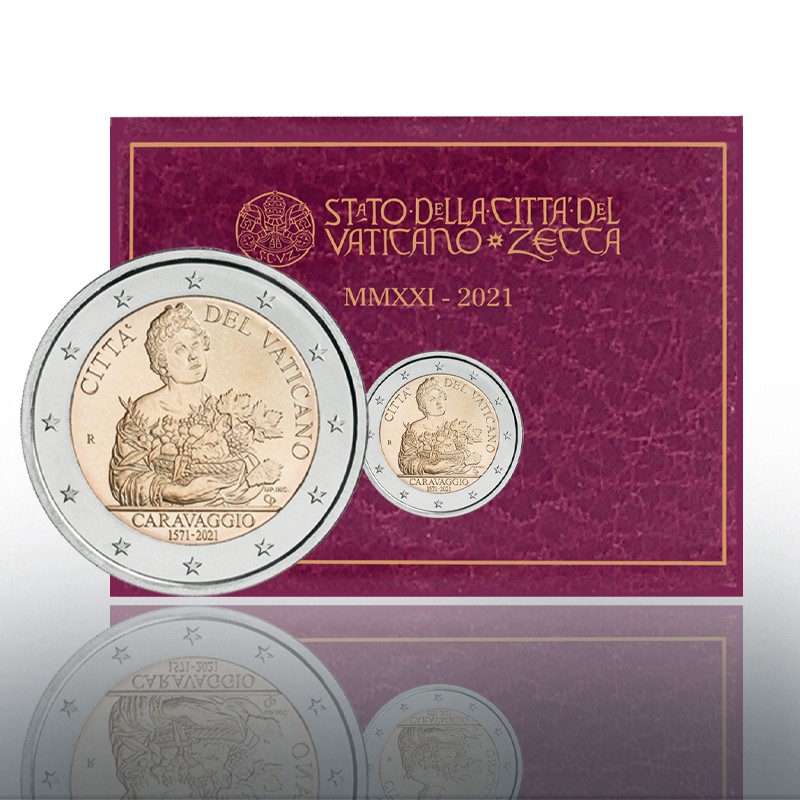 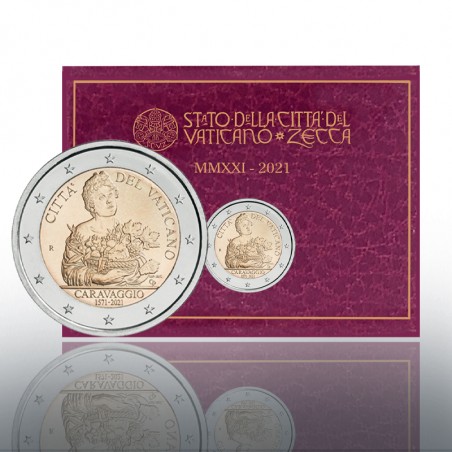 450th Anniversary of the Birth of Caravaggio

Michelangelo Merisi, who was born in 1571 and died in 1610, was called “il Caravaggio” after the small town in the province of Bergamo where he lived as a child. His painting is one of the highest expressions of art of all time, both shocking and exciting. To celebrate the 450th anniversary of his birth, the Vatican City State Mint has produced a two euro coin in a double version in FDC and proof with engraving work by artist Chiara Principe. The image on the coin shows the painting entitled “Boy with a Basket of Fruit”, a work made by Caravaggio in 1593 and exhibited in the halls of the Borghese Gallery in Rome. Caravaggio made this painting during his stay in Rome after having worked as an apprentice in Simone Peterzano’s workshop. Although the work is an early one, it is already extraordinary for its analytical precision and the naturalistic sensitivity shown in the depiction of the basket of fruit.