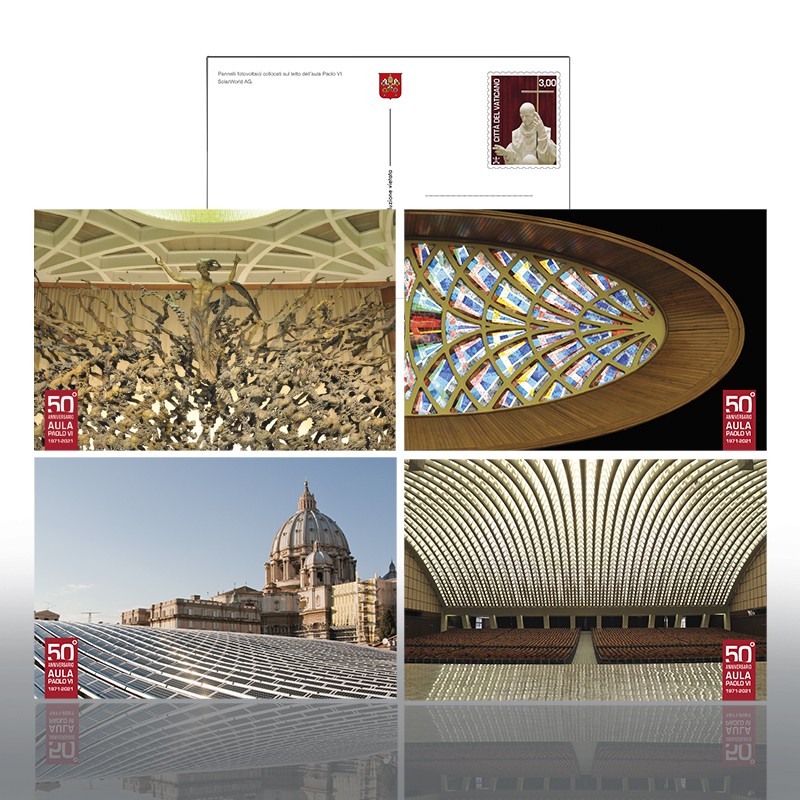 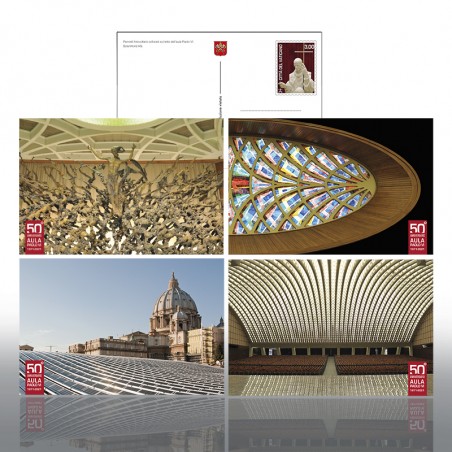 The 2021 postcard series is dedicated to the 50th anniversary of the Paul VI Hall, the auditorium in the Vatican for the Papal general audiences. Commonly known as Aula Nervi, recalling the name of the architect who designed it was named after the pope who commissioned it. Located to the left of St. Peter’s Basilica, the imposing reinforced concrete construction with a capacity of 12,000 seats is illuminated by two huge oval multi-coloured stained glass windows, created by the Hungarian artist János Hajnal. The large parabolic vault inside focuses the publics attention on the stage area with Pericle Fazzini’s grand bronze artwork depicting Christ rising from the chaos of death. He created the work between 1970 and 1975 during the pontificate of Paul VI, and it was installed in the auditorium in 1977. In 2008 a large photo voltaic system installed on the roof became operative and it is able to cover a quarter of the energy needs of the hall and surrounding buildings. The four postcards reproduce the most significant details of the hall. The postage paid impression shows the statue of Paul VI located near the entrance, while the case cover depicts a view from Largo di Porta Cavalleggeri.