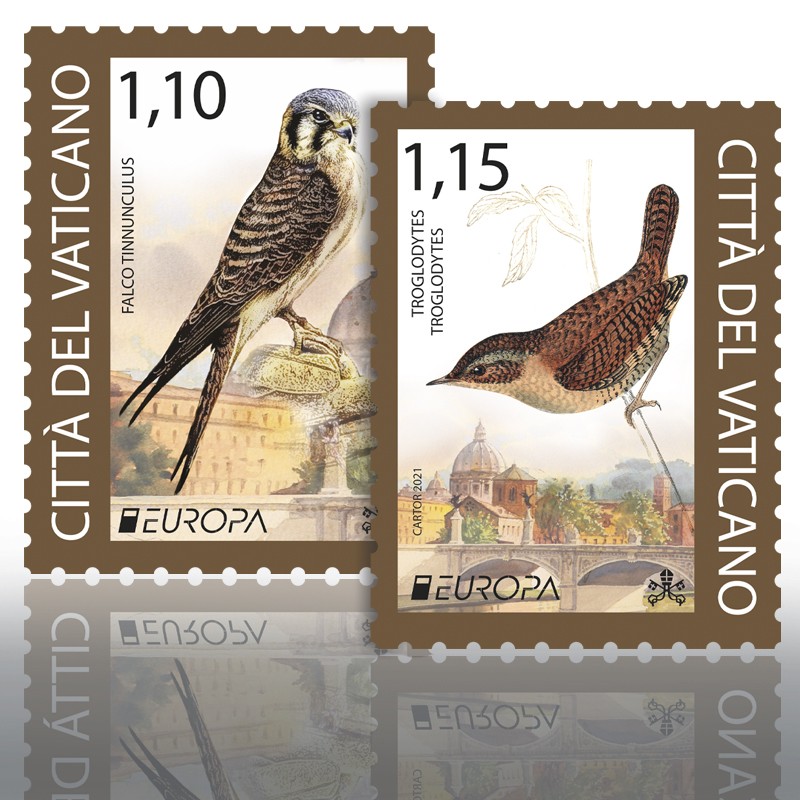 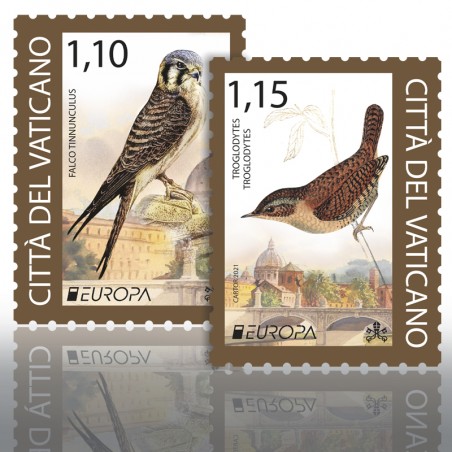 For the realization of the Europa 2021 series dedicated to endangered national wildlife, we look at the avifauna populating the Vatican Gardens, a small natural oasis consisting of roughly 30 hectares. The two stamps in the Vatican series dedicated to the European theme feature the common kestrel (falco tinnunculus) and the wren (troglodytes). The common kestrel, among the smallest Italian birds of prey with a length of just 35 cm and a 70-90 cm wingspan, is a stationary breeder, migrant and winterer. The €1.15 value depicts the wren, a passerine bird around 10 cm long, the smallest of the Troglodyte family. Predominantly sedentary, it lives in locations abundant with bushes and trees. It is not particularly intimidated by the presence of humans and can be found along garden paths and near houses, while in summer it prefers areas of parks offering shade.