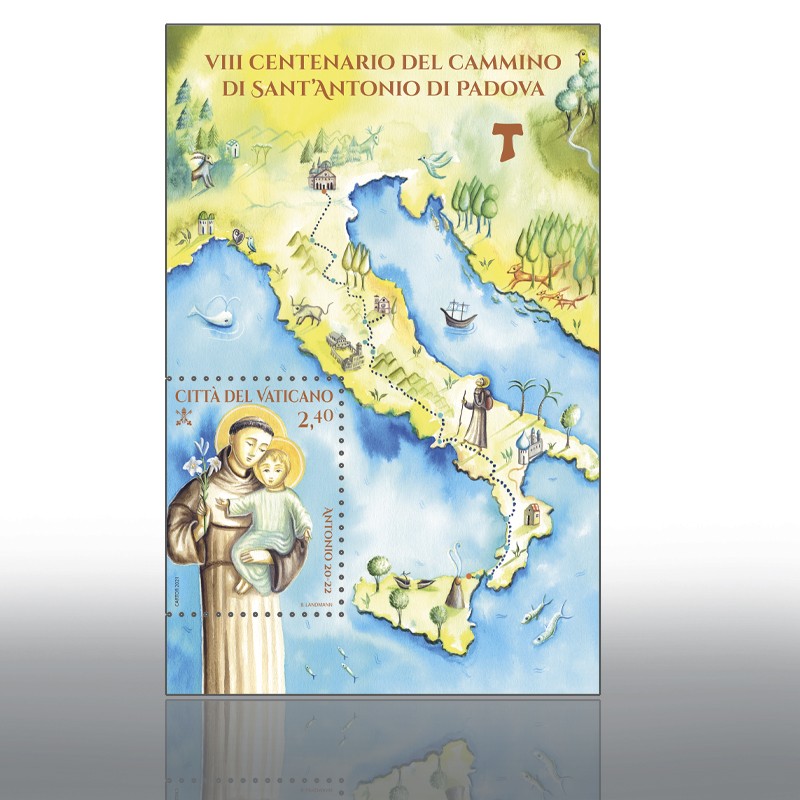 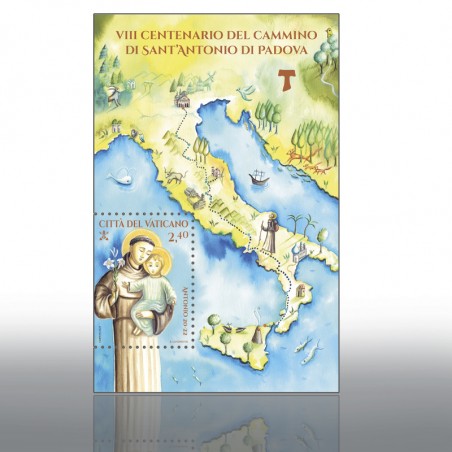 800 years have passed since St. Anthony of Padua was shipwrecked on the coast of Sicily and his first meeting with St. Francis of Assisi. The choice to become a friar arose from his encounter with five Italian missionaries who were leaving for Morocco where they suffered martyrdom. Stirred by their example, he wanted to follow in their footsteps. When he arrived in Africa he fell seriously ill. He wanted to return to Portugal, but in the spring of 1221 a strong storm forced his ship to land in Sicily where he was welcomed by the friars of Messina and announced that Francis, the founder of the Order, had summoned them to Assisi. Anthony then set off on foot up the Italian peninsula to Assisi, where he met St. Francis for the first time. Designed by the illustrator Bimba Landmann, the souvenir sheet for the anniversary features the Saint with the Child Jesus in his arms, and on the right a stylization of Italy where the journey from Milazzo to Padua is traced.