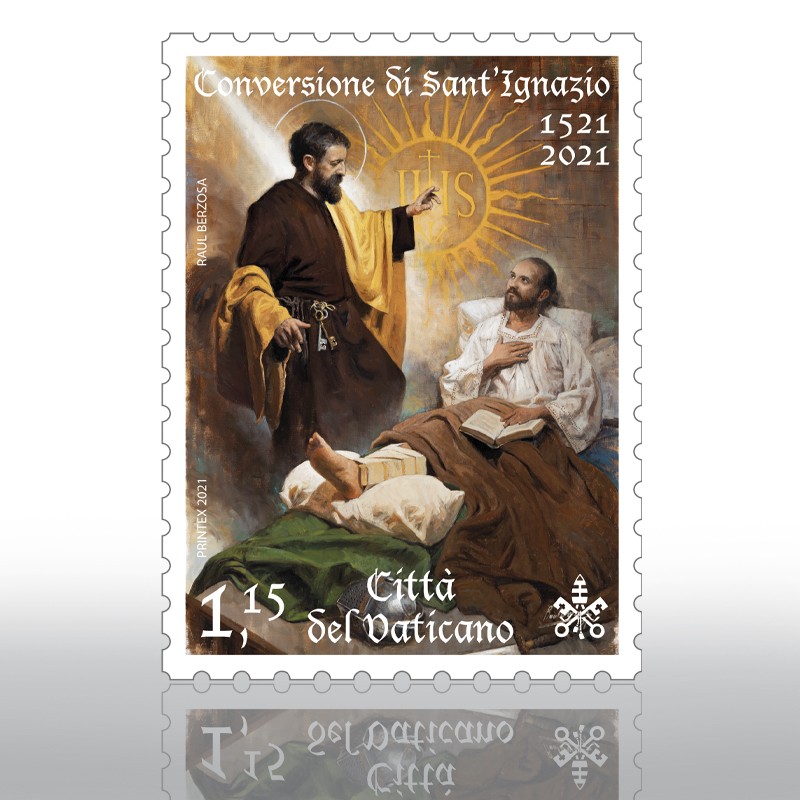 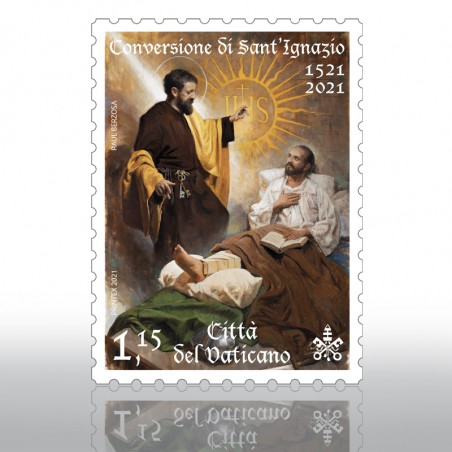 The special “Ignatian Year 2021 - 2022” jubilee marks the celebration of the 500th anniversary of the conversion of St. Ignatius of Loyola. After the siege of Pamplona, Iñigo, as the lord of Loyola was called, was taken to his hometown to heal a leg wound suffered in combat. During his convalescence he entrusted himself to Saint Peter. On the feast of the Apostle, his condition improved. During this time he read the Vita Christi of Carthusian monk Ludolph of Saxony and a Spanish translation of the Golden Legend on the life of the Saints by Jacobus de Voragine and became fascinated by the figure of Jesus and the activities of those who spent their lives following him. This experience would become the foundation of the discernment of spirits and the principle of the Spiritual Exercises, which he composed. The stamp, designed by the Spanish artist Raúl Berzosa, depicts the moment of the Jesuit Saint’s conversion. The band shows the monogram IHS “Iesus Hominum Salvator” (Jesus, the Saviour of Mankind), coat of arms of the Jesuits.