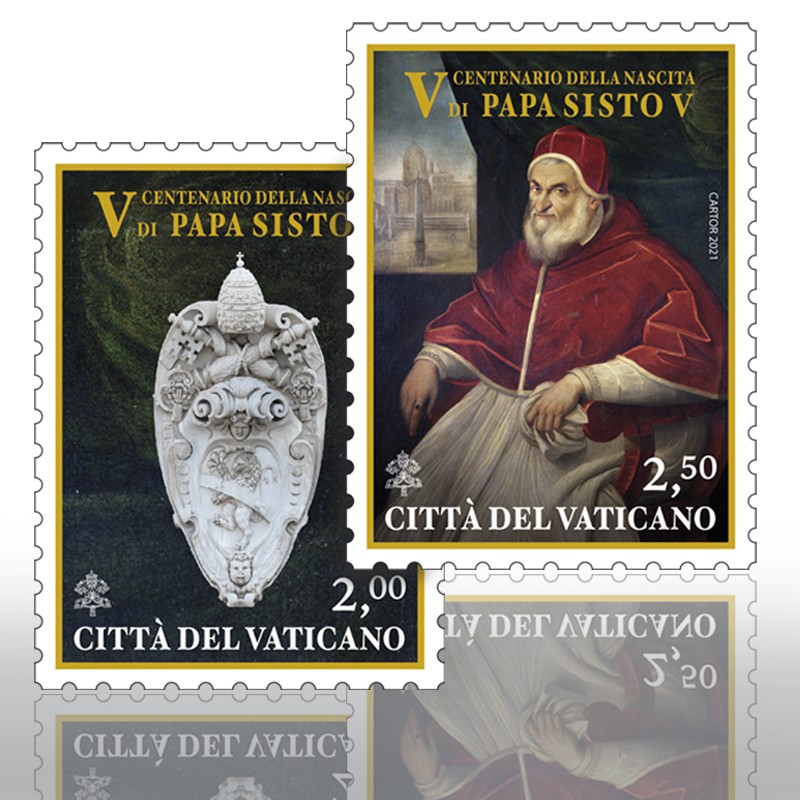 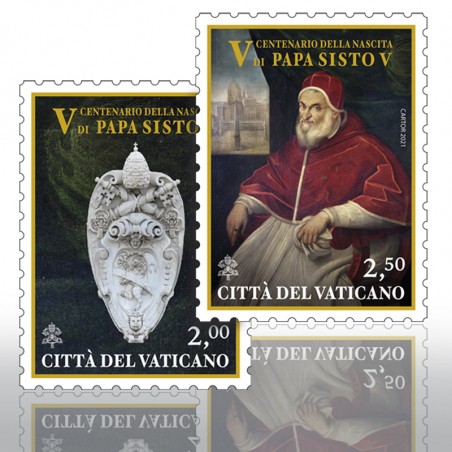 The Vatican Postal and Philatelic Service commemorates Pope Sixtus V (Felice Peretti), on the fifth centenary of his birth, whose pontificate was considered among the most important of the sixteenth century. With the collaboration of the architect Domenico Fontana, Sixtus V resumed and expanded some of the projects begun by his predecessors. He completed the dome of St. Peter’s, and ordered the expansion of the Vatican Library. He had four grandiose obelisks erected in four different points of the City, thus symbolically uniting them: St. Peter’s Square, Piazza del Popolo, Piazza dell’Esquilino and Piazza San Giovanni in Laterano. He decided to resurface the entire city of Rome and to trace ex novo rectilinear roads to connect the main Basilicas of the city. The commemorative series of this anniversary reproduces on the value of € 2.00 the coat of arms in stone of the Pope placed above the balcony overlooking the portal of the facade of the Lateran Palace adjacent to the Loggia; on the value of € 2.50 the Portrait of Sixtus V is featured, dating from around 1590 and attributed to the painter Pietro Facchetti, a work conserved in the Vatican Museums.