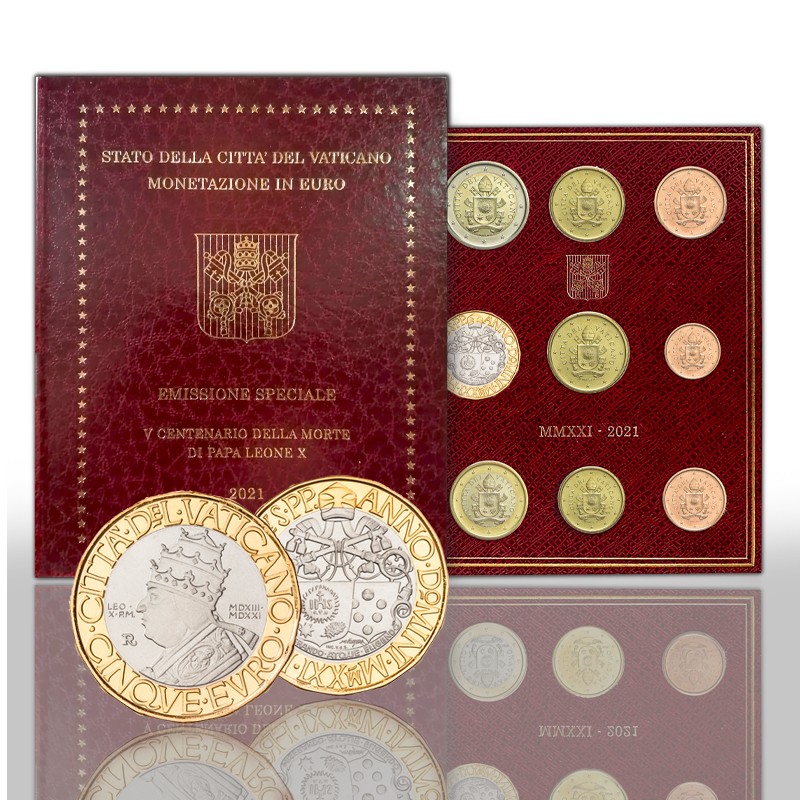 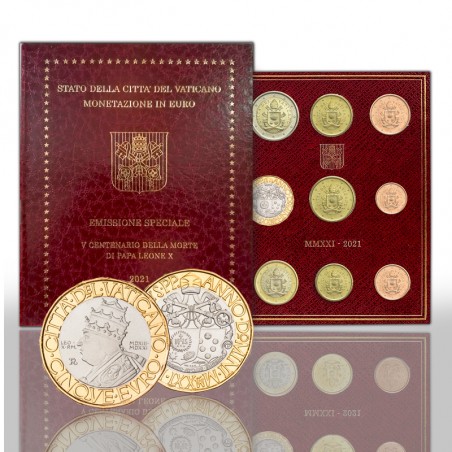 5th centenary of the death of Pope Leo X

Pope Leo X, born Giovanni di Lorenzo de’ Medici, was the 217th Pope of the Catholic Church from 1513 to his death on 1st December 1521. Complex and turbulent years marked the pontificate of Leo X, a highly educated and great humanist belonging to one of the most influential and prominent Florentine families at the time. Leo X had to deal with the Lutheran Reformation, which culminated in the excommunication of Martin Luther and the Protestant split in January 1521, a few months before his death. He was also a great Renaissance Pope who appreciated and supported the work of Raphael, who died in 1520 during his pontificate. During those years Raphael gave a permanent display of his art in the Vatican and made a magnificent portrait of the Pope now preserved in the Uffizi Galleries in Florence. The profile portrait of Marco Ventura is very effective, inspired by the iconography of the Pontiff, also numismatic; on the obverse appear the coats of arms of Leo X and Francis, the current Pope.