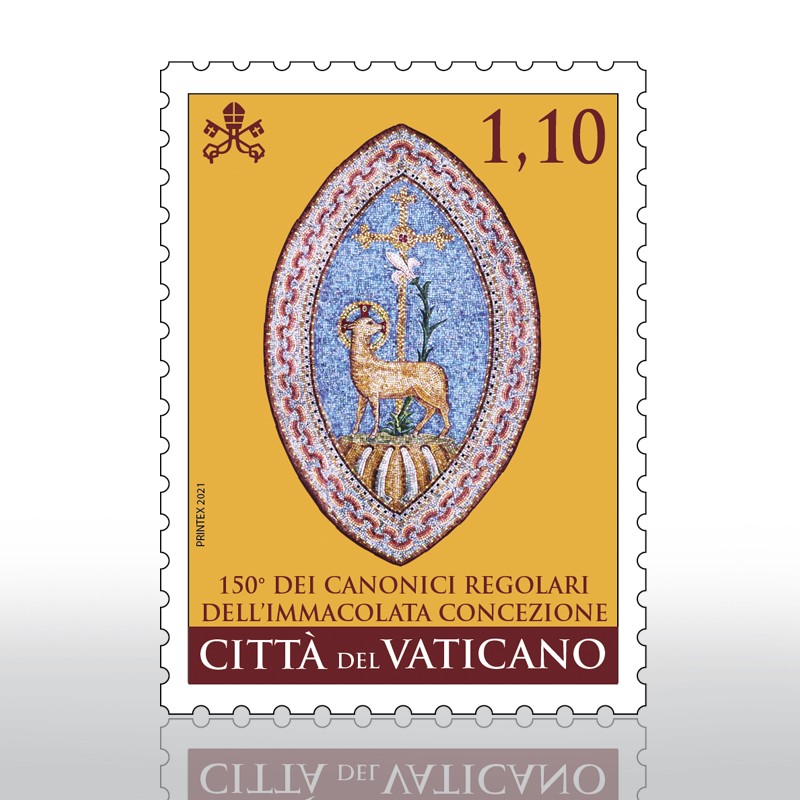 2021 marks the 150th anniversary of the Congregation of Canons Regular of the Immaculate Conception. In 1908 the founder Dom Gréa (1828-1917) called this anniversary a “feast” for the Church and in the Church. The stamp released by the Vatican Post and Philatelic Office to celebrate this jubilee reproduces the coat of arms of the Canons Regular of the Immaculate Conception: the lamb, symbolizing Christ, rests its paws on a rock (the Church) from which four springs emerge that represent the four evangelists and their doctrine that irrigates the world. The lily, a symbol of purity, which also rises from the rock, is a clear reference to the Immaculate Conception of the Virgin Mary.