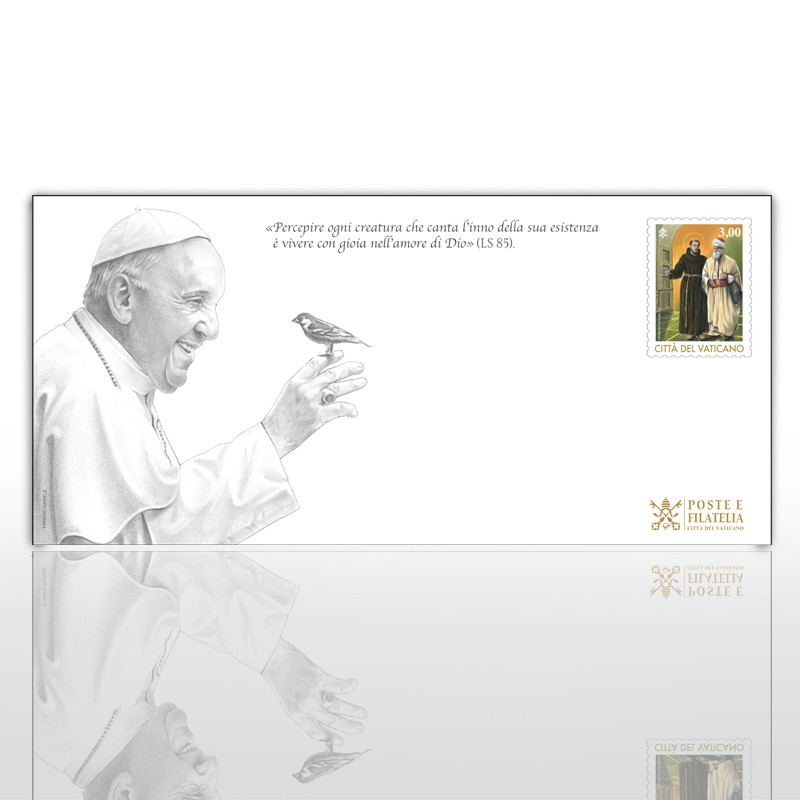 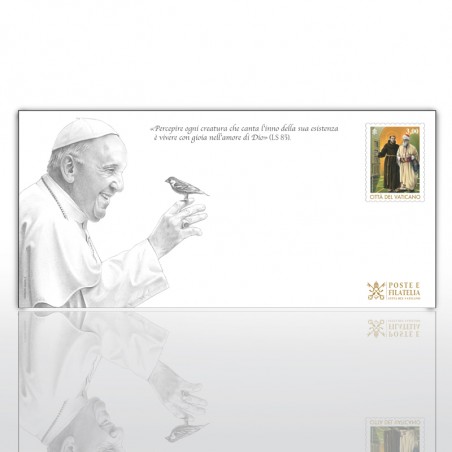 The philatelic envelope issued by the Vatican Post and Philatelic Office for 2021 aims to draw the attention of the philatelic world to the second and third encyclicals of Pope Francis: Laudato si’ and Fratelli tutti. The image of the Pope smiling and holding a sparrow in his hand is symbolic of the content in point 85 in Laudato si’ where the Holy Father, making his own the declarations of the bishops of Japan, states: “To sense each creature singing the hymn of its existence is to live joyfully in God’s love and hope”. The imprint of the value features the encounter between Saint Francis, the “poverello” of Assisi, and sultan Malik-al-Kamil that took place in Egypt in 1219. The occasion also serves as an icon of the encyclical Fratelli tutti, since it sums up the disposition that is at the basis of fraternal relations.