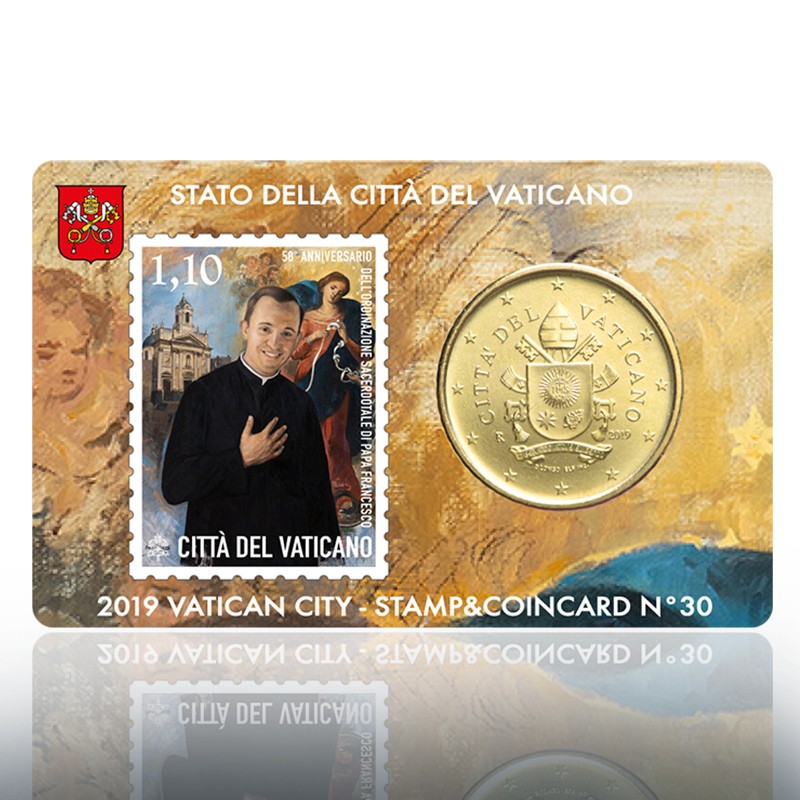 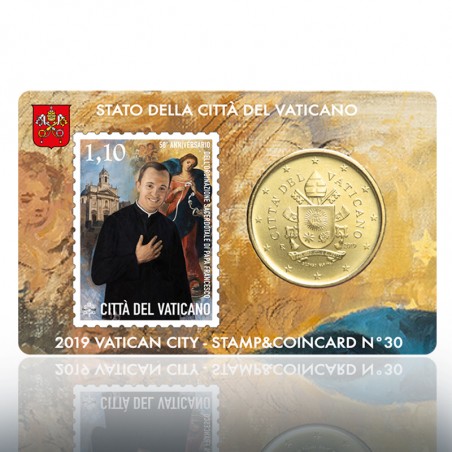 It was 13 December 1969 when Archbishop Ramon José Castellano of Cordoba (Argentina) ordained the young Jorge Mario Bergoglio a priest, marking the beginning of a long history of dedication, service and love for the Church. The postage stamp series we have to celebrate this anniversary reproduces two magnificent paintings by artist Raul Berzosa. The € 1.10 value shows a young Father Bergoglio next to Our Lady, Undoer of Knots, an image he discovered during a visit to Germany and which later became a focus of great veneration; in the background, the church of San Josè in Buenos Aires. The € 1.15 value shows him as Pope with the Basilica of San Pietro in the background. Beside him the image of the Merciful Lord recalls the words of Pope Francis: “In the image of the Good Shepherd, the priest is a man of mercy and compassion, close to his people and a servant to all. A priest is one who heals wounds.”