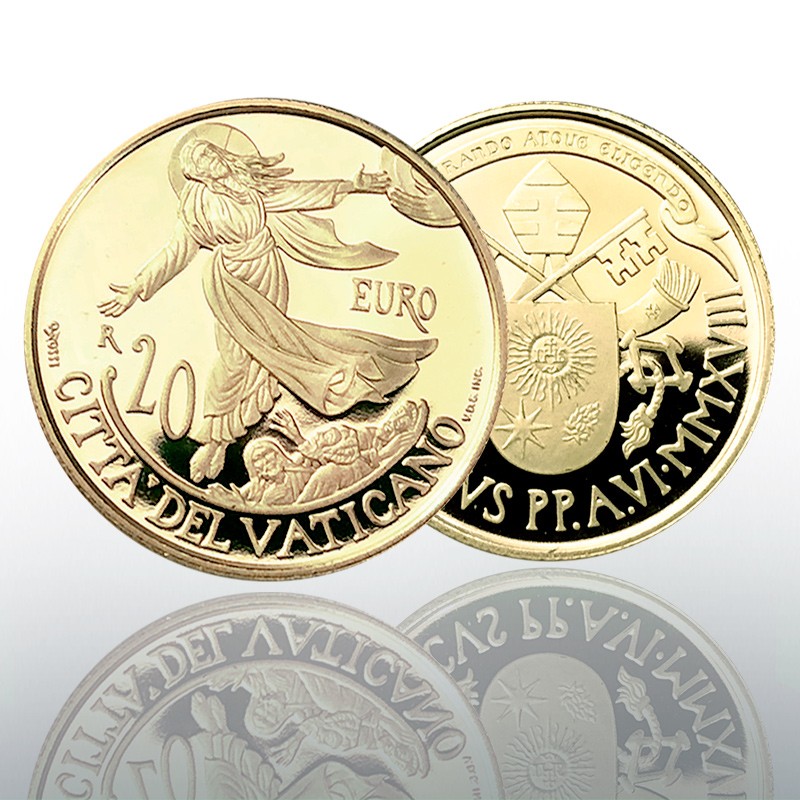 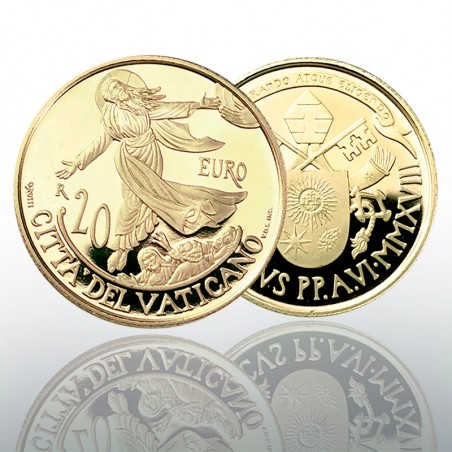 The Philatelic and Numismatic Office begins a new series of 20 and 50 euro gold coin issues dedicated to the Acts of the Apostles, the fifth book of the New Testament recounting what happened after the resurrection of Christ. After the dedication to Theophilus and the details on the ascension of Christ, the Acts of the Apostles narrates the life of the Church in Jerusalem (chapters 1-5), the first missions (6-12), the life of the Church in Antioch and the mission of Barnabas and Paul (13-14), the Council of Jerusalem (15), the voyages of Paul (16-21), his arrest and imprisonment (22-28) until his arrival to Rome. The 20 euro gold coin, produced by artist Orietta Rossi, depicts the Ascension of Christ, when his life on earth concluded and, in the presence of the Apostles, his body physically united with that of the Father. In the words of Pope Francis, “the Ascension does not point to Jesus’ absence, but tells us that he is alive in our midst in a new way... and he calls us to keep eyes and hearts open to encounter him, to serve him and bear witness to him to others.” The 50 euro gold coin, a work by Daniela Longo, depicts Pentecost, the religious solemnity that recalls and celebrates the descent of the Holy Spirit in the form of tongues of fire on the Apostles and Virgin Mary who were gathered together. Just as a strong rush of wind changes reality and nature, Pope Francis noted in his homily for the Mass on Pentecost Sunday, the Holy Spirit “is the divine force that changes the world”, transforming hearts and situations.