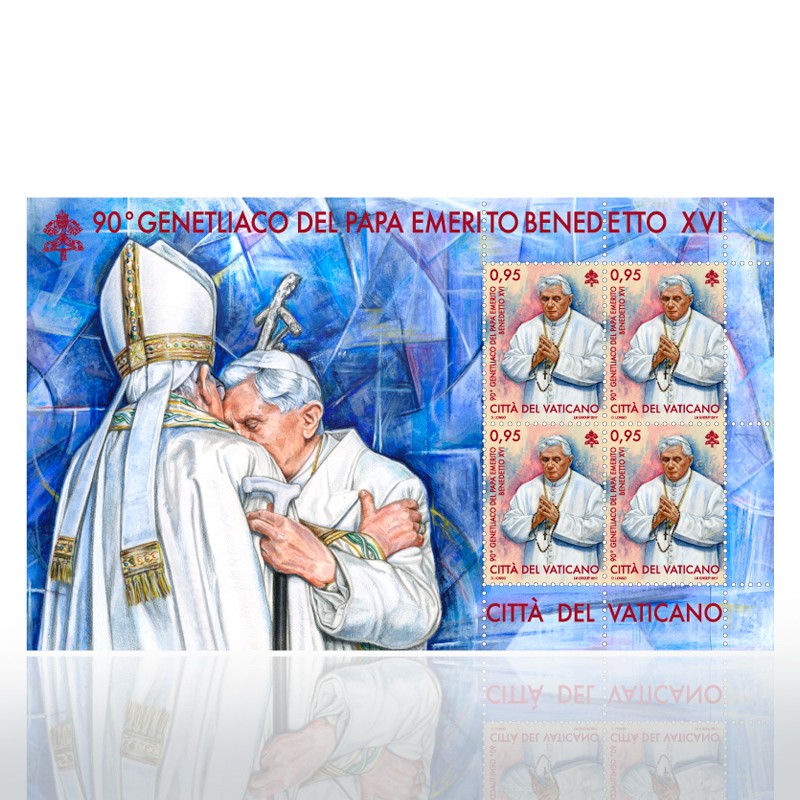 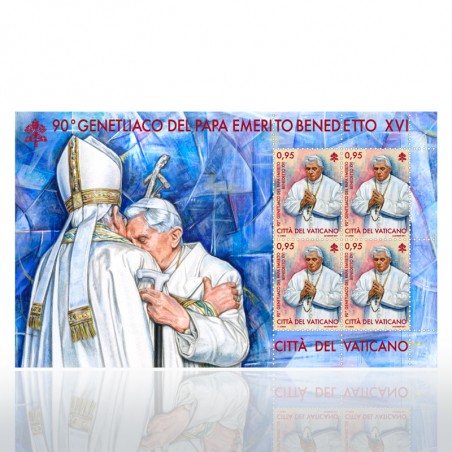 On 16 April 2017 Joseph Aloisius Ratzinger, Pope Emeritus of the Catholic Church, turned 90 years old. Elected Pope on 19 April 2005, on 11 February 2013 he announced to the world his renunciation of the ministry of Bishop of Rome. After staying a brief period at Castel Gandolfo, he went to live at the monastery of Mater Ecclesiae in the Vatican, where he spends his days in prayer and private, while also accompanying his successor occasionally for public celebrations. One of these times was on 8 December 2015 for the opening of the Extraordinary Jubilee of Mercy, when Pope Francis asked that he be present with him and the first pilgrim to cross the threshold of the Holy Door right after being opened. Living a life marked by prayer and meditation in communion with the Lord Jesus, the Pope Emeritus offers a very beautiful and continued witness to how he has always put God at the center of his life. His discrete presence always accompanies us and gives us comfort and reassurance. The Philatelic and Numismatic Office celebrates the 90th birthday of the Pope Emeritus with a miniature sheet of four 0.95 euro postage stamps. Depicted on the left side margin is the fraternal embrace of the two popes. The stamp features Joseph Ratzinger in prayer with his Saint Rosary. Both images are works by artist Daniela Longo and offer our affectionate tribute to him.