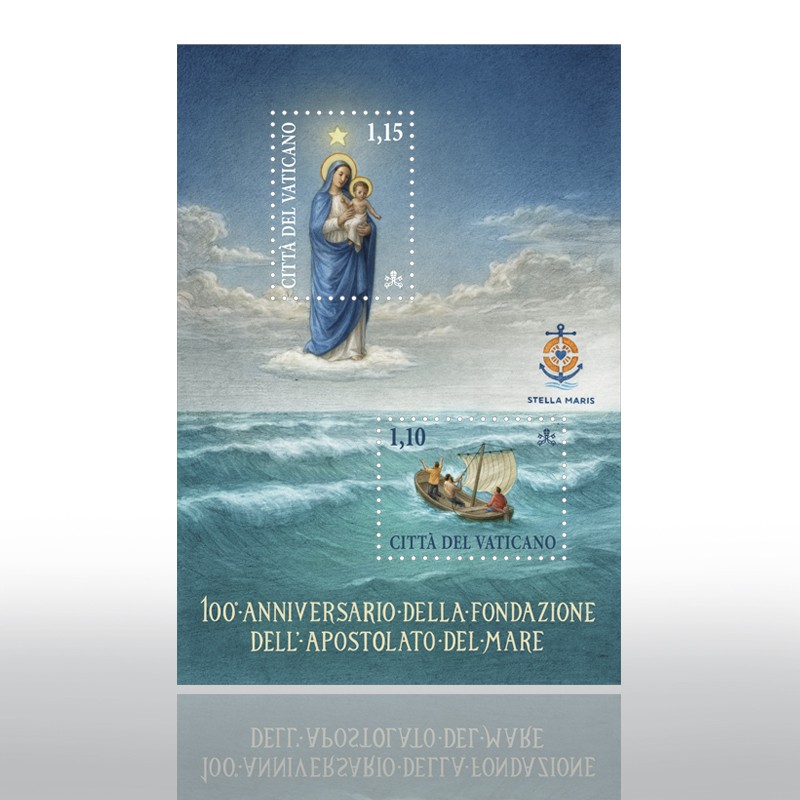 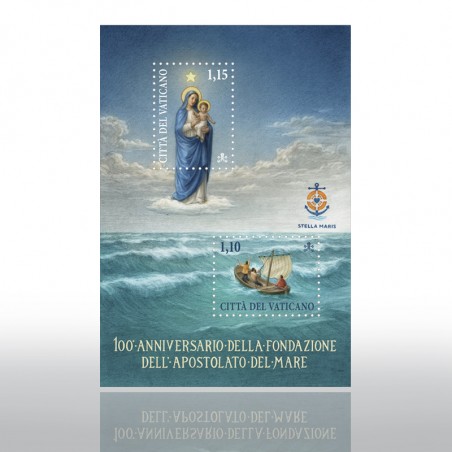 100th Anniversary of the Foundation of the Apostleship of the Sea

The pastoral ministry of the Catholic Church in favor of seafarers, fishermen and their families, the Apostleship of the Sea, celebrates this year the 100th anniversary of its foundation. It was in fact on 4 October 1920, when in Glasgow (Scotland) a group of people decided to unify the activity of assistance to seafarers carried out by various Church organizations into a single outreach. Currently the centers of the Apostleship of the Sea, located in over 300 ports in 55 countries, welcome every day hundreds of seafarers and fishermen far from their countries of origin, offering them “a home away from home”.The miniature sheet, based on a design by Stefano Morri, depicts on the € 1.10 value three sailors on a boat fearing a sudden storm while invoking the Virgin Mary, shown in the € 1.15 stamp according to traditional iconography of the Stella Maris. The logo of the Apostleship of the Sea completes the design, consisting of an anchor woven with a life preserver with the Sacred Heart of Jesus in the center.