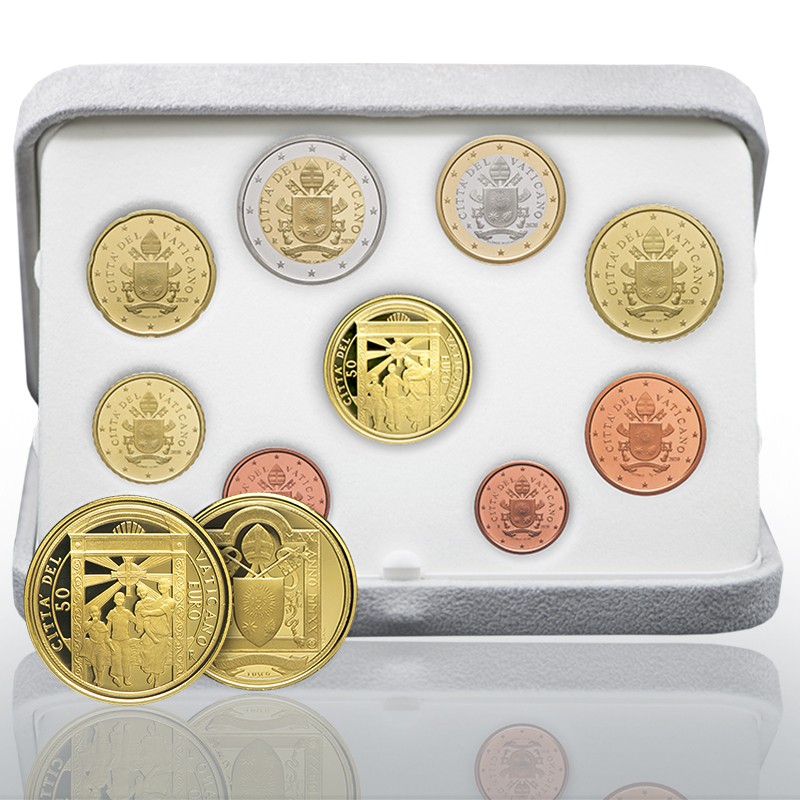 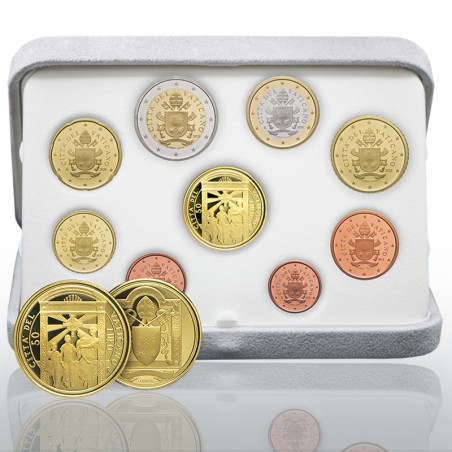 The series consists of 8 coins with the reverse side featuring the conventional technical characteristics that are the same for all countries belonging to the single European currency. The obverse side depicts the coat of arms of Pope Francis, Sovereign of Vatican City State, with the inscription “Vatican City” and twelve stars. The series is available in two versions: one with a 20 euro silver coin and the other with a 50 euro gold coin. ”The 50 Euro gold coin, created by Daniela Fusco is instead a clear reference to a key theme of the Pontificate of Francis, that is, attention to the poor, the needy, the weak, identified here by a group of young migrants. At last year’s celebration of the World Day of Migrants and Refugees, Pope Francis underscored how migrants, refugees and displaced people have unfortunately become “emblems of exclusion and often looked down upon and considered the source of all society’s ills”.