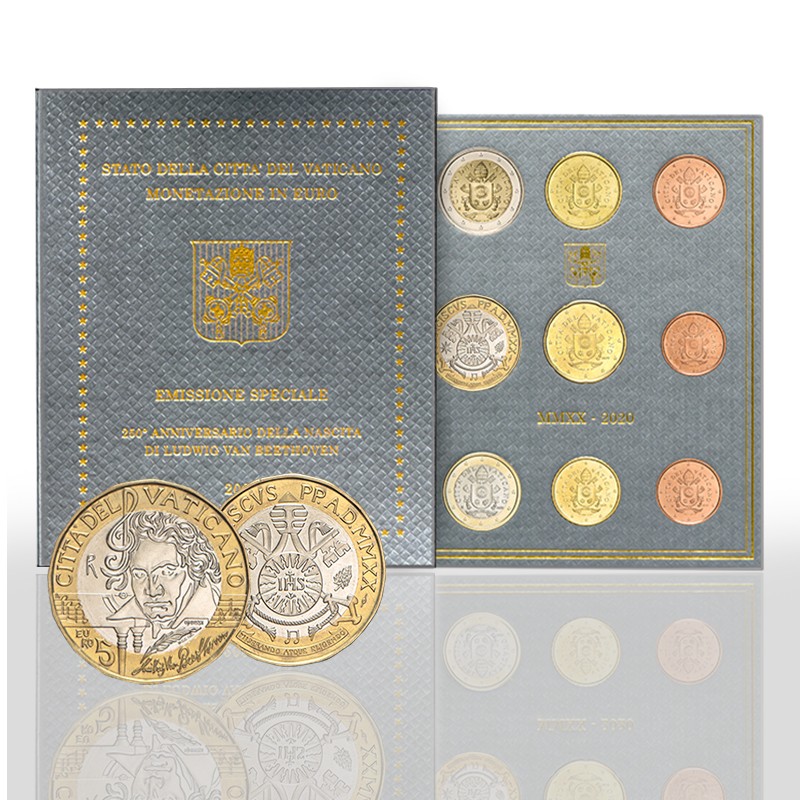 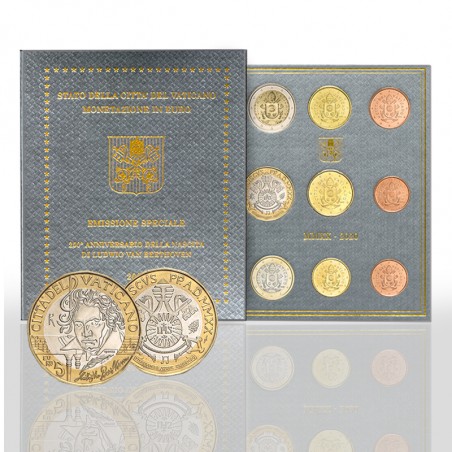 250th anniversary of the birth of Ludwig van Beethoven

Ludwig van Beethoven was born in Bonn on 16 December 1770, and the Vatican celebrates the brilliant German composer and pianist on the occasion of the 250th anniversary of his birth. Talented at an early age, he was unfortunately exploited by a cruel father who forced him into exhausting work in order to sell him as a “child prodigy”. Yet the passion and ardor with which the young Ludwig spoke and his following the ideals of freedom and justice that emerged from the French Revolution were never extinguished either by the harsh existence, or by the hearing loss that struck him as he reached the age of thirty. The 5 Euro bimetallic coin that is part of the coin series, which will later be available also in the proof version, is a work by Orietta Rossi. The representation of the musician’s face is inspired by the portrait of Ludwig van Beethoven by Joseph Karl Stieler in 1820, while the pentagram in the background is taken from the score of the famous composition “Für Elise” dating back to 1810.