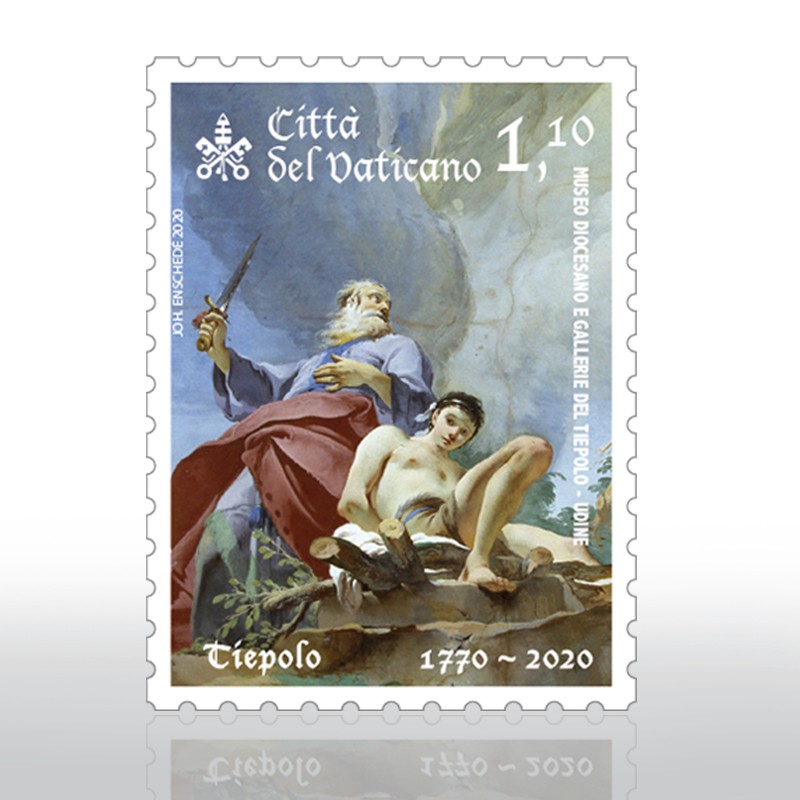 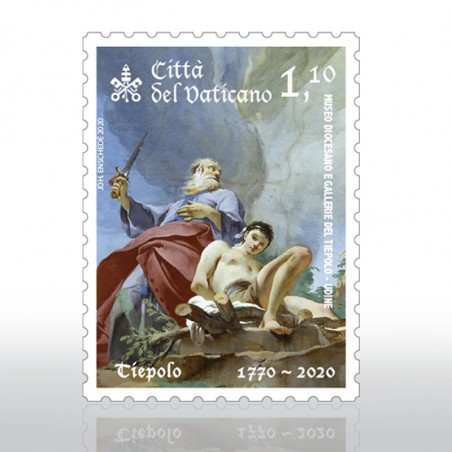 The Vatican marks the 250th anniversary of the death of the illustrious Venetian painter with a miniature sheet of four values ​​of 1.10 euros reproducing the scene of the “Sacrifice of Isaac”, a fresco painted between 1727-1728, kept at the Galleria degli ospiti of the Patriarchal Palace of Udine, where since 1995 it has housed the Diocesan Museum and the Tiepolo Galleries. The featured work portrays, on the left, Isaac, sitting on a rock with his arms tied behind his back and his right leg bent. Behind him standing and in profile we see his father Abraham with his left hand on his chest and his right arm raised wielding a dagger. Above, on the right side, an angel surrounded by a cloud, stops the hand of Abraham and indicates the ram with which to carry out the sacrifice. This episode reminds us that Abraham, because of his obedience, has become the father of all believers.