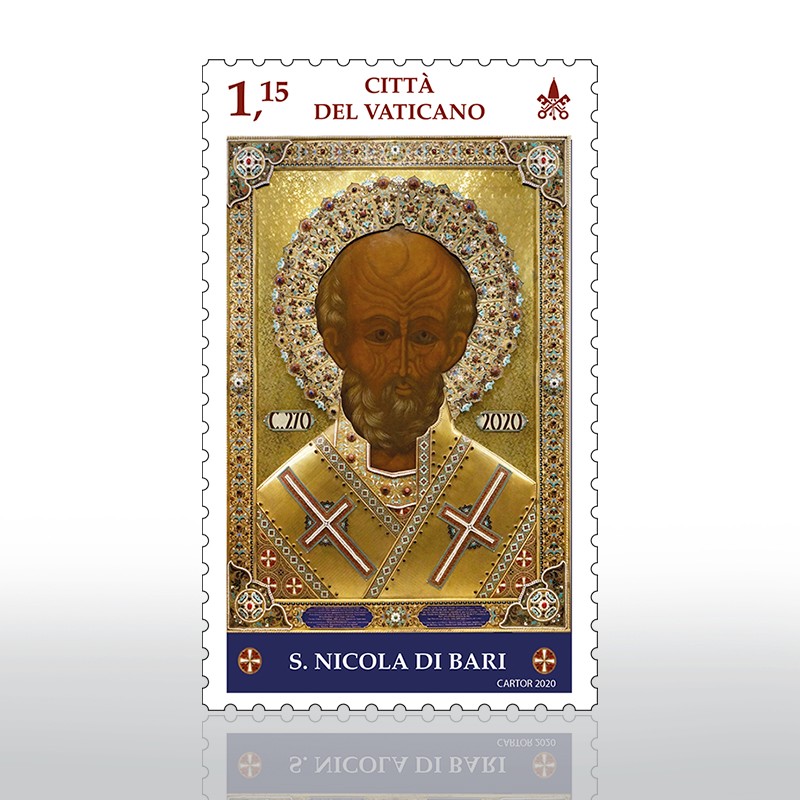 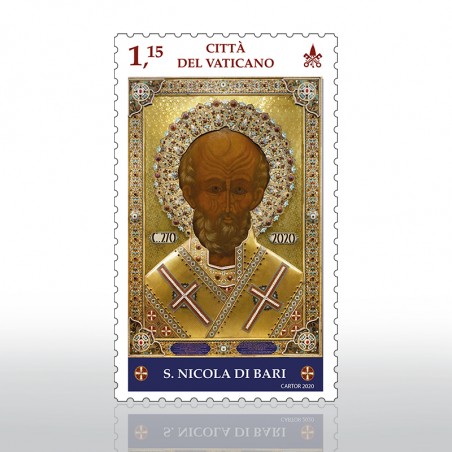 The issue of the stamp dedicated to St. Nicholas was prompted by the news of a forthcoming visit of Pope Francis to Bari (Italy), the city where the relics of the Holy Bishop of Myra rest, for the meeting of bishops to focus on peace in the Mediterranean. Many stories have been handed down from the history of St. Nicholas and all bear witness to a life at the service of the weakest, the young, and the powerless. Born in Patara around 270 AD in what is today southern Turkey, he grew up in a wealthy family who gave him a Christian education, but he was soon orphaned by both parents. The future Saint used his entire paternal inheritance to assist the needy, the sick and the poor. After the death of St. Nicholas, his tomb at Myra soon became a pilgrimage destination and his relics were immediately considered miraculous because of a mysterious liquid that issued from them called “the manna of St. Nicholas”. The € 1.15 stamp created for the occasion reproduces a Russian icon of the Saint dating back to the 16th-17th century, set in a precious Fabergé frame. Donated by Vadim N. Žimirov of St. Petersburg during the feast of St. Nicholas in May 2009, the icon was placed on 9 May 2010 in a chapel facing the altar of the tomb of the Saint of Bari and was blessed by Cardinal Tarcisio Bertone at the end of Mass, before the exposition of the “holy manna”.