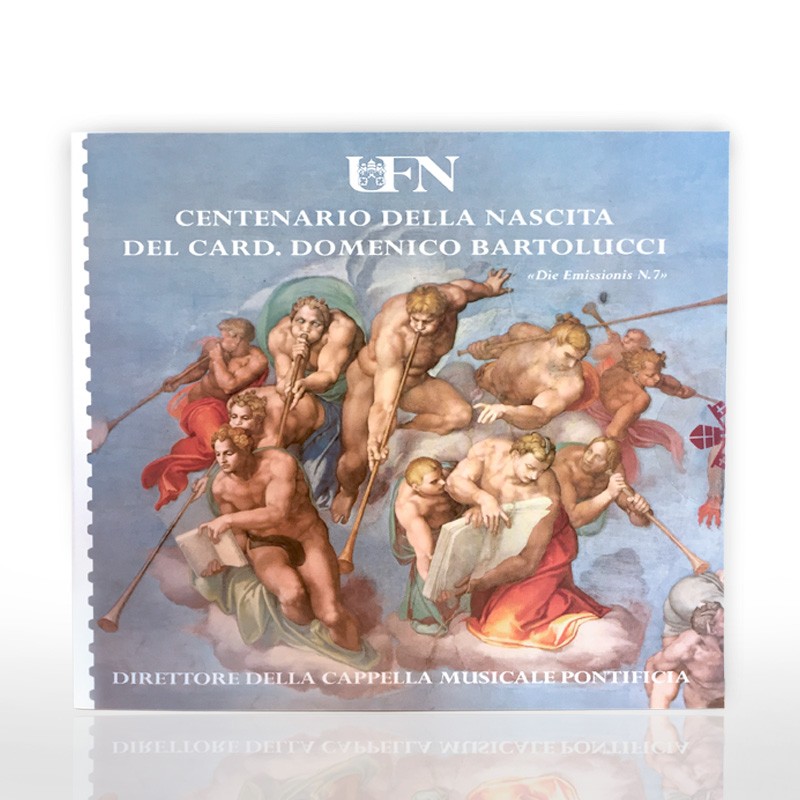 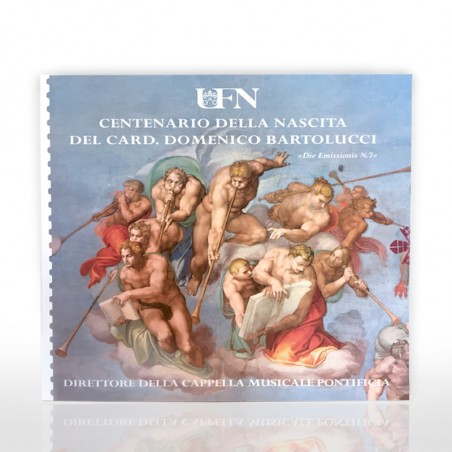 The tradition of remembering artists who have left an important mark on the history of music continues in 2017 with a postage stamp issue by the Philatelic and Numismatic Office dedicated to the centenary of the birth of Domenico Bartolucci (1917-2017). A native of Borgo San Lorenzo, he began composing at a very young age. The ability he showed when playing the organ at the Cathedral of Santa Maria del Fiore in Florence earned him fame there where he was a seminarian and very dedicated to music. His talents attracted the attention of his superiors who invited him to Rome to study at the Pontifical Institute of Sacred Music after his ordination to the priesthood. In 1947 he became director of the Cappella Liberiana of the basilica of Saint Mary Major. In 1956 Pope Pius XII appointed him director of the Sistine Chapel Choir. A few years later he was made an Academician of the Accademia Nazionale di Santa Cecilia. Throughout his entire career he promoted the liturgical activities and concerts of the Sistine Chapel in Italy and the world, with particular regard to the Church’s musical tradition in Gregorian chant and polyphony. He is considered the most authoritative interpreter of Giovanni Pierluigi da Palestrina and the Roman School of polyphony. As a composer he boasts a vast body of work spanning sacred music (motets, masses, oratorios for soloists, chorus and orchestra), chamber music, and works for organ and symphony. He also composed the lyric opera Brunellesco as a tribute to his "dear and beloved Florence". Given his generosity and dedication in serving the Church, the Holy Father Benedict XVI made him a Cardinal in the consistory of 20 November 2010. In order to promote and disseminate the work of this great artist who marked the history of 20th century sacred music, in 2003 the Domenico Bartolucci Foundation was created in order to conserve and promote this precious musical heritage.